Search
Miraculous fountain on the Gulf of Finland - Peterhof

Miraculous fountain on the Gulf of Finland - Peterhof 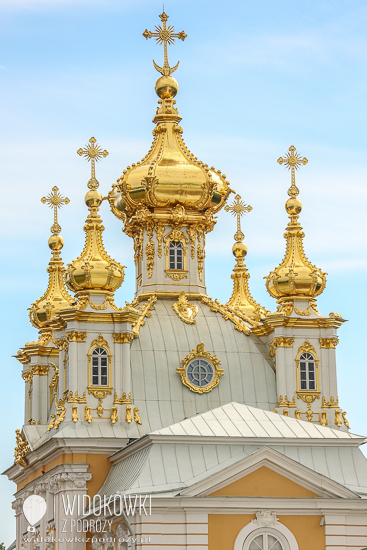 Tsar Peter I during a trip to France in the late seventeenth century was impressed by the lavish chateau of Versailles (it is worth mentioning that the construction cost France an annual revenue of the entire population of the state and claimed the lives of 15,000 workers). After returning to Russia he ordered that his palace and the "kitchen garden" are built better than what he had French king at Versailles. 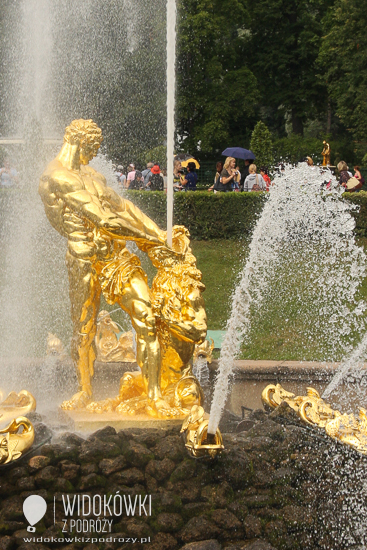 After the victory over the Swedes at Poltava in 1709 on a swampy, clay earth coast of the Gulf of Finland, Tsar Peter ordered to build a palace worthy of the supreme monarch. He hired architect Jean Baptiste Leblond, landscape designers, sculptors, 5,000 workers, peasants and soldiers to the frenzied construction of the palace and gardens. 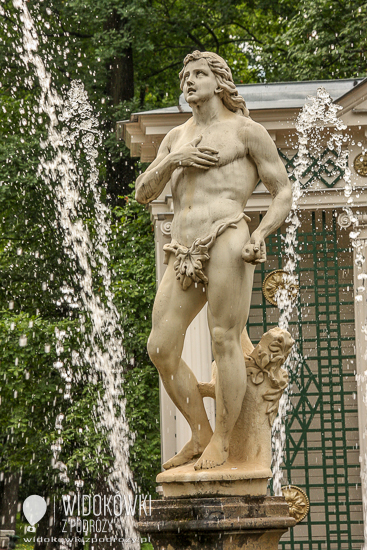 So was the famous park with a spectacular system of fountains, whose central point is the Grand Cascade, powered by water supplied through two channels with Hills Ropsztyńskich distant about 22 km. Cascade celebrates the triumph of Russia over Sweden, which symbolizes the statue of Samson tearing the lion's mouth. 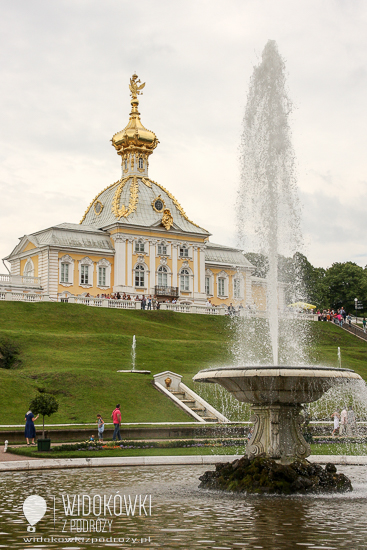 Channel Sea, which connects the Gulf of Finland to the Palace it possible to reach the sea to the door Peterhof palace - it must have been a beautiful outdoor events. For us the very morning the inclusion of the water system to the sound of marching tunes the orchestra made a big impression. 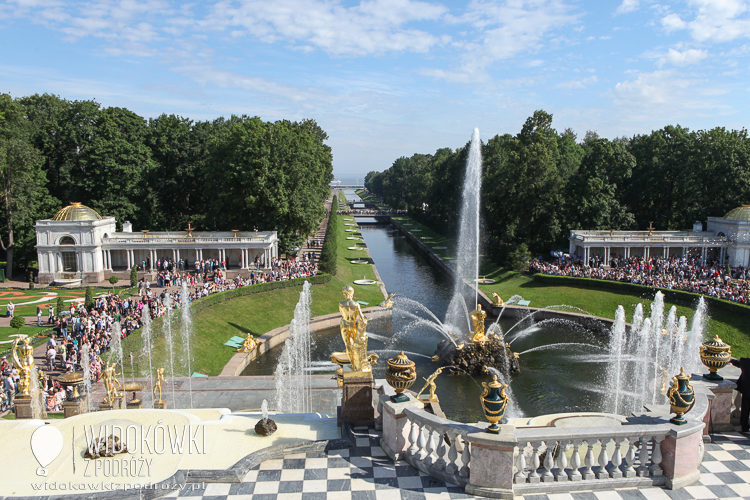 After visiting the gold drop palace (because it was Russia), immersed in parks and alleys to find a lot of hidden fountains are created in a variety of interesting and innovative as the eighteenth century manner. And now even souvenir shopping - or "stake" of city landscapes and woolen scarves for the winter. Then we can further explore. 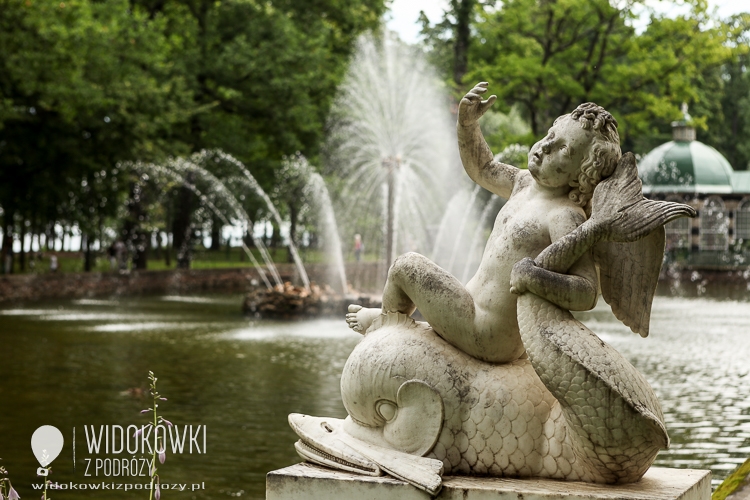 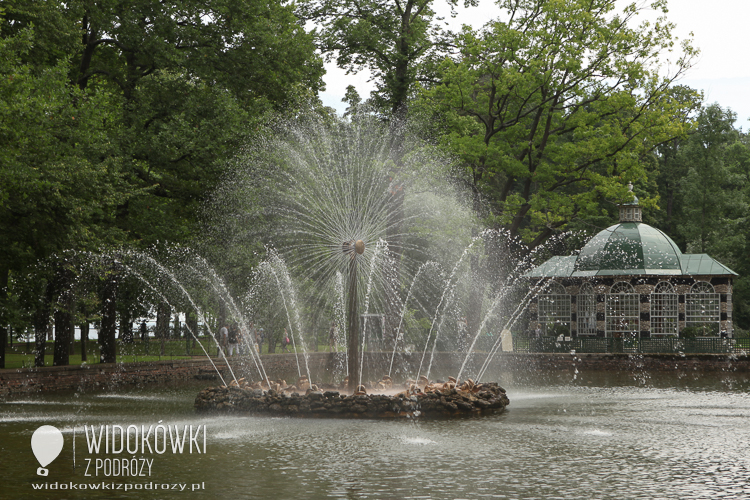 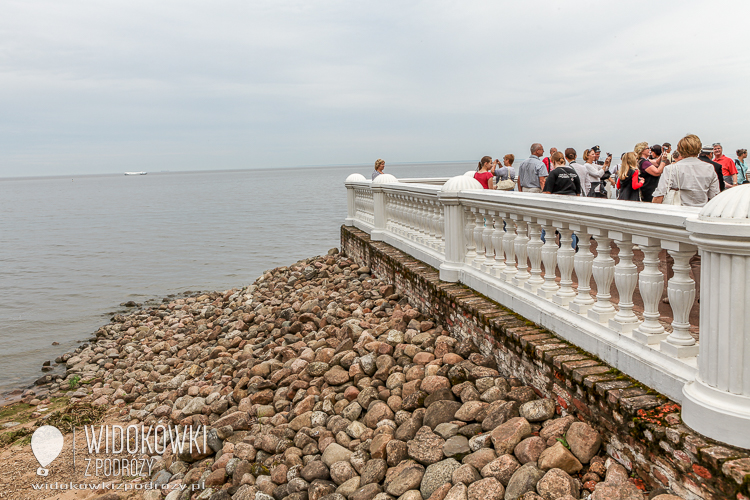 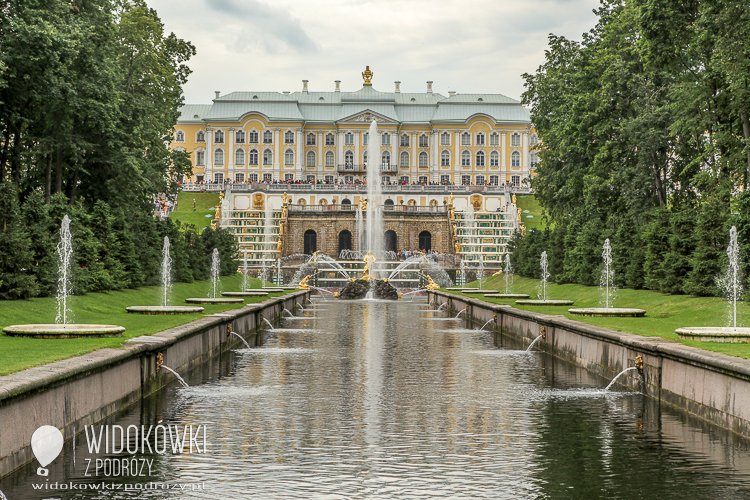 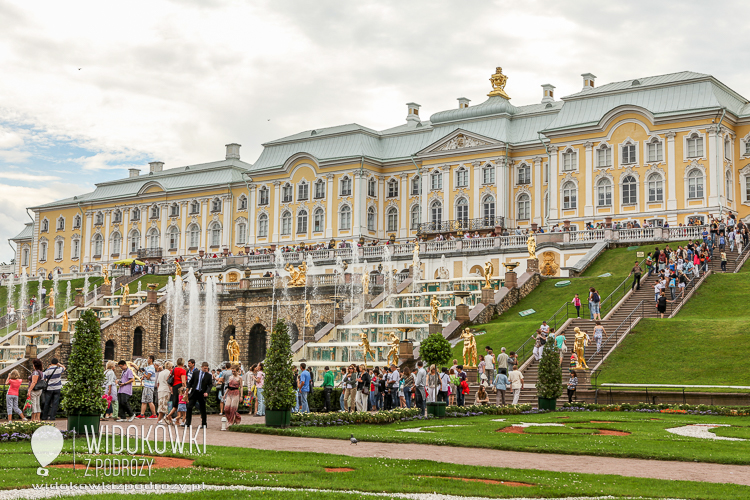 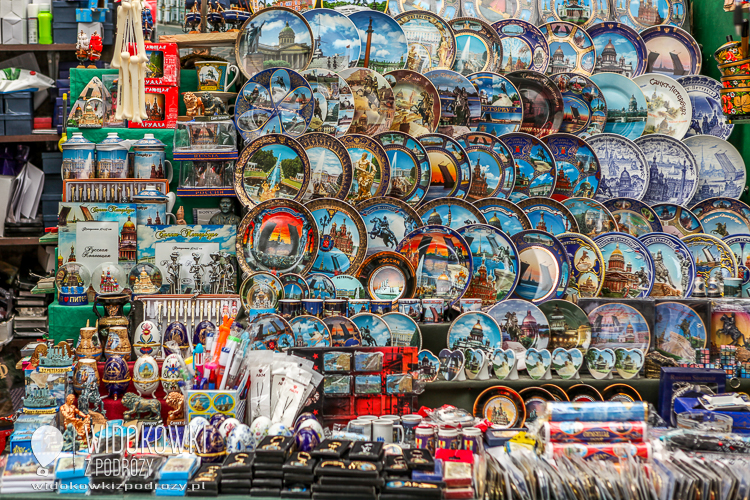