„New Gen eration – SIZAK” opens the next page of Korean contemporary photography, and forecast hereafter through the lens of 8 most talented young Korean photographers. They will show the most of experimental possibility and originality based on historical consciousness.

The exhibition, above all has a meaning in attempting to encounter with historical sense in our time, finding a clue and a source of inspiration from roots in Korean history of photography, not from the Western aesthetics and artistic trends. The exhibition was held by the museum of photography Seoul and for Laznia it will be curated with new artists with their most recent works. 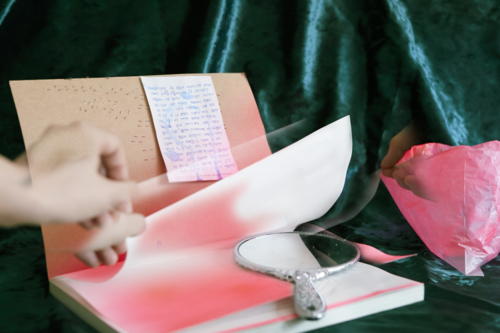 The Korean word ‘Sizak’ has two meanings: ‘beginning’ and ‘study’. ‘Sizak’, which is also the title of this exhibition, also refers to the commonality of the eight young participating artists who are trying to find their roots from the period the Korean photography art started and creating their stories in their own ways. Traces of the space, people, and memories that the youngest photographers of Korea are experiencing in the society called South Korea are infused with their confusing emotions, worries, and self-examination, and for the most part, closely reflect the everyday life and worries of the young people currently living in South Korea.

South Korea is changing rapidly with the clash of the capitalist social structures and Confucian traditions with the tense political issue of country’s division from North Korea. While physically residing in an island-like South Korea, the seven participating photographers are living in a global information era in the midst of rapid growth of the IT industry and their works are not seen as the mere reproductions of  characteristics of South Korea. With their works, they are continuously trying to have the conversation with the uncertain future and simultaneously testing their creations with their own unique ways while squeezing in between the endless gaps of time that pass by the unexperienced barriers…

A Korean proverb says that ‘well begun is half done’. The participating photographers are seriously attempting a new ‘beginning’, not by any external influence but by their own contemplation on the society and history of where they belong to. And I believe they have already well begun.