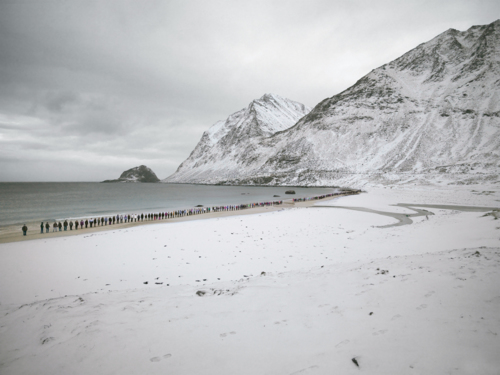 Katerina Mistal is a Swedish artist of Czech origin. She has worked with installations, video and photography since the late 1990s, referring, among others, to conceptualism and minimal art. However, her most important achievement to date is a series of landscape photographs with elements of unconventional portraits entitled Mapping Europe (originally called Inside).

This is a photographic cycle, in which the landscape and continent are discussed as the symbol of a country and cultural identity. Mistal examines how migration and the contemporary international lifestyle influence our self-identification and attitude towards the geography of Europe. Her interest in all sorts of borders resulted in a series of works where the silhouettes of children and adults – somehow related to the photographed location – are inscribed in the landscape representing these very borders: a coastline, the edge of a hill, the horizon. The photographs were taken in a number of European countries, including Poland. 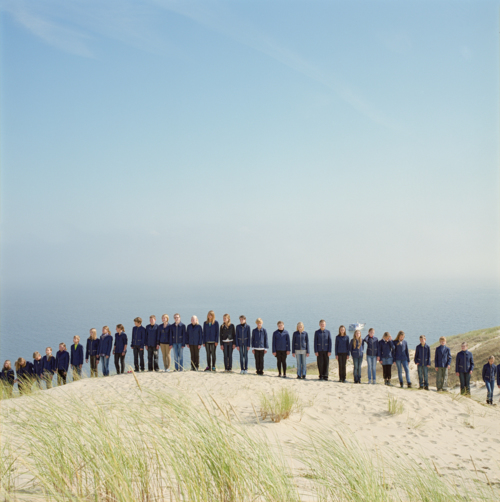 In 2016, Mapping Europe may be seen as an idealistic project. We have the choice to view reality in a documentary, expressionist or idealistic fashion, invoking a certain tradition that resembles the visual arts rather than photography. To a certain extent, this is a new tradition that has its roots in the Renaissance, but also in the painting of Nicolas Poussin and 19th-century Neo-Classicism. The result of this perception of reality is an attempt at capturing fleeting beauty, which may sometimes convey a romantic message and which has formed a permanent quality of culture since ancient Greece. 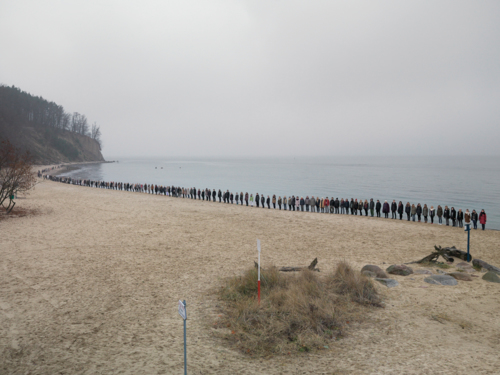 The Gdańsk exhibition will feature over twenty large-format photographs and the artist’s latest video work devoted to the migrant problem in Europe.

The exhibition at the Łaźnia Centre for Contemporary Art is not the first presentation of the artist’s works in Poland. Katerina Mistal showed her photographs at the Arsenał Gallery in Poznań in 2003, 2009 and 2011 as part of the Marginality of Landscape exhibition at the Margins? Biennial of Photography. Her exhibition entitled Mapping Europe was presented, among others, at the photography festival in Derby (2012), while the Kaunas Photo Festival is currently preparing an album on the artist with introduction by Krzysztof Jurecki – the curator of the Gdańsk exhibition.
Back to exhibitions list
Discover Ateliora
Overview
Features
Demonstrations
FAQ
Rules
Privacy policy
Downloads
Contact us
News
Gallery
Editors choice
Attractive
Rated
New
Random
Photographer of the week
Photo of the day
Sign up
About us
Advertising
Partnership
Site map
Contact