On October 1, 2020, the next edition of the VIVA competition has started! Photo Awards. This is the 12th time photographers can try their hand at a competition organized by the VIVA magazine and portal! This time, the winners of the competition entries will be selected, among others, by Martyna Wojciechowska, Tomasz Gudzowaty, Katarzyna Tusk and Michał Piróg. This year's edition has been enriched with a novelty - the Internet users' poll.

VIVA! Photo Awards with a plebiscite of Internet users 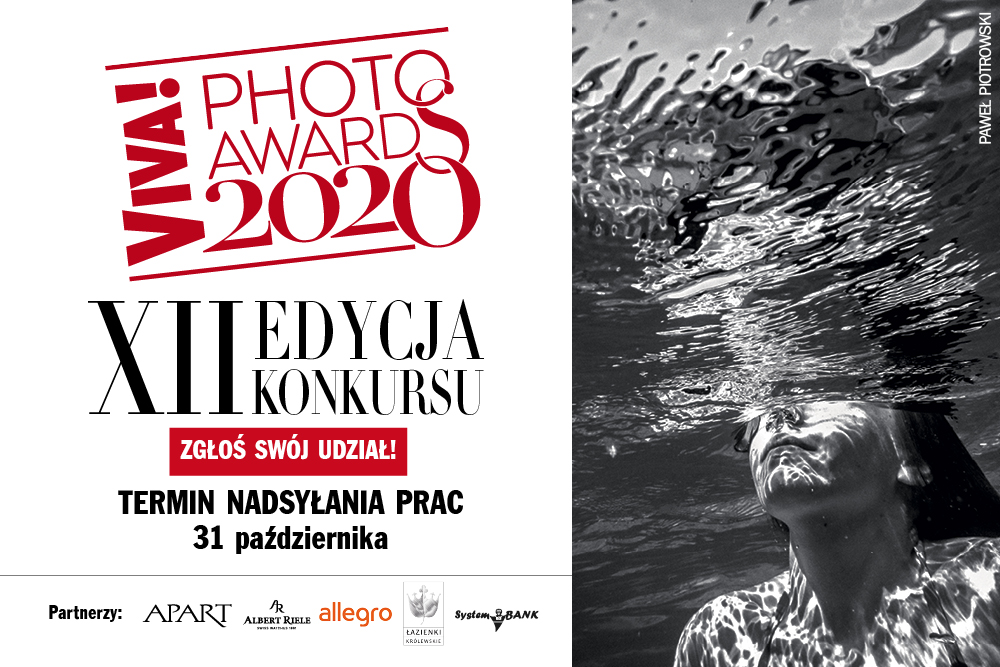 From October 1, on the website https://photo-awards.viva.pl/, you can submit your works to the VIVA competition using a special form! Photo Awards in four categories: Report, Nature / World, Portrait and Film. The deadline for submitting applications is October 31. From among all the works, the jury will select the winners, including the Grand Prix and 10 photos, which will be voted on by Internet users from December 1, 2020 on Viva.pl. Thus, an additional award will be granted, awarded by Viva.pl users. In addition to material prizes, the winners will be promoted on the
Viva.pl portal.

Including Wojciechowska, Tusk and Piróg on the VPA jury

The jury of the 12th edition of VIVA! Photo Awards are created by characters from the world of media and photography. They are: Martyna Wojciechowska, Tomasz Gudzowaty, Katarzyna Tusk, Michał Piróg, Katarzyna Przybyszewska-Ortonowska and Marek Knap.

- During the eleven years of the competition, the VIVA PHOTO AWARDS jury reviewed hundreds of thousands of submitted photos. From the very beginning, our goal was to select those truly talented among their authors, give them a card to spread their wings and a pass to the world of professional photography. Every year we watched how the level of submitted works increased. We also follow what our winners are doing and we are happy to note their successes - emphasizes Katarzyna Przybyszewska-Ortonowska, editor-in-chief of VIVA! and Viva.pl.

The winners of the competition will be announced in the Christmas issue of VIVA! The winning works will be auctioned, the proceeds of which will be donated to charity, and will be presented in the form of an exhibition in Łazienki Królewskie in Warsaw.
The competition partners are Apart, Allegro, Albert Riele and Kodak ..
Back to exhibitions list
Discover Ateliora
Overview
Features
Demonstrations
FAQ
Rules
Privacy policy
Downloads
Contact us
News
Gallery
Editors choice
Attractive
Rated
New
Random
Photographer of the week
Photo of the day
Sign up
About us
Advertising
Partnership
Site map
Contact